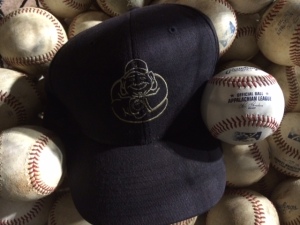 It has been over 10 days since the MLB regular season ended, the playoffs have been exciting, I did like the Wild Card games (even though the Pittsburgh Pirates shit the bed), the divisional series were fun.  We have four teams left, in the National League we have familiar names with recent champions in the Giants (2010, 2012) and Cardinals (2006, 2011).  In the American League we have the Orioles and Royals both teams haven’t won since the early to mid 80s.

I admire what the Giants and Cardinals organizations have done, they are consistent winners.  With that said, I have been rooting hard against each, it is tiring as a fan to see the same teams year in and year out go deep into the post season.  I despise the Cardinals since they seem to out maneuver and out play my hometown Milwaukee Brewers every year, not to mention what they have done to another favorite team of mine the LA Dodgers the past couple years in the playoffs.  Major League Baseball is an organizational championship, more so than any other sport, the season is a marathon, one player can’t catapult you to a championship.  It is an out and out war of attrition, getting to the post season is wonderful but weaknesses are exposed and glaring immediately!  (Dodgers bullpen comes to mind)

I will be rooting for the American League, I want to see another city and generation of that city share in the excitement of what a championship feels like.  I haven’t felt that exhilaration since 1988 when the Dodgers beat the heavily favored Oakland A’s four games to one. The most memorable moment of the 1988 World Series occurred when injured Dodgers MVP Kirk Gibson, who could barely walk due to injuries suffered during the NLCS, hit a pinch-hit, walk-off home run against Athletics closer Dennis Eckersley in Game 1, that still gives me chills. I was at my girlfriends apartment watching the game, I was trying to tell her I needed to talk to her about something, I wanted to break up, I started discussing things with her through out the game and finally was about to tell her when Tommy Lasorda sent in Gibson to pinch hit, needless to say but I am going to say it, delirium ensued!  My girlfriend sensing I was weak with excitement started kissing me, I temporarily forgot about what I was trying to do and ended up doing something much more pleasurable, it took another week and a Dodger win to finally break up with her, it wasn’t as much fun as watching baseball…

So as the League Championship Series start I will be excited to see either the Orioles or Royals get to the World Series, it will be interesting to watch the Cardinals and Giants but I wont be as enthusiastic.  I am adjusting to life not on the road, I have a lead on a job, hopefully that turns out for me.  I have been staying at my sister’s in Ashland for the last few days and will be here through the weekend.  The Northwoods are beautiful this time of year, slowing down and walking in the woods helps center me, I love the smell, the colors and the wildlife.  I am trying to figure out what angle I am going to take on the book, it will come to me.  I will check in when the two teams are determined for the World Series.