Last night as I was watching the Chattanooga Lookouts defeat the Birmingham Barons 5-4!  I started thinking about why the first baseman’s glove is different? I really never questioned the difference and I assumed that I knew but I really had no clue.  First off, it is actually not a glove at all!  It is a first baseman’s mitt, what you say?  “Called a ‘mitt’ because it lacks individual fingers. They are designed specifically for first base and are not used anywhere else on the field. Between 12-13 inches, these mitts have deep pockets and a wide, curved outside edge to give the first baseman an edge in scooping thrown balls out of the dirt. The larger size also gives other infielders a bigger target to throw to. However, the use of an outfield glove is not uncommon or inappropriate when playing first base.” 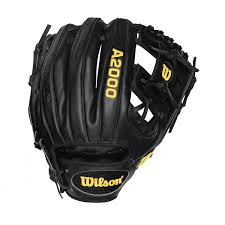 Why is the infielders gloves smaller than the outfielders?   “The infield positions require quick reaction times and deft glove work. Therefore, infield gloves are smaller and often made of lighter materials. Second basemen use the smallest gloves. At 10-11 inches with small, shallow pockets, these gloves allow second basemen to transfer the ball to their throwing hand in the shortest amount of time possible; a key quality to have when trying to turn double plays. Players at third base and shortstop should use slightly longer gloves, 11-12 inches, for greater range. Third base gloves have slightly deeper pockets and open webs, designed to snag those hard line drives that give third base it’s nickname, the “hot corner”. Outfield gloves are the longest gloves on the field. Designed to give the outfielder maximum range, these gloves are generally 12-14 inches long, giving you the extra reach you need when snagging line drives or deep fly balls. These gloves also have large, deep pockets to prevent balls from popping out of the hand or off the heel of the glove. The webbing on outfield gloves are widely varied. Open web designs can provide slightly more visibility when catching fly balls, but closed, basket style webs prove to be more durable.”  Another question I have now is can the glove be even longer?  I will look into that possibility another time. I would be in the outfield with a 4 foot glove if I could mange it.

I knew that the different positions had the different gloves. I knew some of the reasoning; but, I didn’t know that pitchers had their own specifications for a glove. “….although any infielder glove will do for the pitcher, using a glove with a closed web will help hide your grip on the ball from the batter.”

I have noticed that I spend a lot of time looking up answers to all of these things when I am at Starbucks writing my blog posts during the day.  I had no intention of writing about all of this today and for the causal fan you might not care but now you know!  Information about the different gloves, click here.

I have been wondering for a long time how a baseball was made, yesterday I was looking at the balls I had gotten. I noticed that the red thread is not the same on all, some balls it is real tight and clean looking. On others it seemed messy and thick.  I found a link and was surprised to find out someone actually hand stitches every ball!  Here is a link to a video. I posted the video on the Baseball Buddha Facebook Page, also.

As I was researching gloves and balls, I thought back to last summer when my brother-in-law, Jerry, purchased my nephew, Eric, a bat from a wood bat factory they had toured in Indiana. The first time Eric used it the bat split in two.  Eric laughed. But Jerry was not happy that he paid that much money for a bat that Eric only used once. We thought maybe it was an older bat and the wood dried out.  I have looked into this a few times. I had written a blog post regarding the different baseball bats, “Day 47“.  Today I think I got the answer to what was wrong with the bat. It was part user (Yes, Eric, sorry to say that you had something to do with it) and part manufacturer. The way it split in two is called a “slope of grain” failure and is the most common type of bat failure.  However, the user needs to understand how to grip the bat so he can hit the ball on the flat part of the grain. This is learned over time when using a wooden bat consistently (I will cut you some slack on this Eric, I didn’t know either).  There is  a lot of technical stuff that goes along with the type of wood, also. In 2009, the MLB has changed the ruling in regard to wood bats to reduce these breakage. If you would like to read more, click here.

NOTE:  I updated by biography since I hadn’t really touched it in three months. Click here if you would like to check it out: “biography“. That will get you where you want to “look”.  If you have read it before, just scroll down and look for the update from today.

If you enjoy this story and you would like to help me complete the “Baseball in America Tour 2014”, which is roughly 265 days, please click on the following link to see how you can help at http://www.baseballbuddha.com/sponsor.html. Please share this on your Facebook page and Twitter. I appreciate all the help I can get!